Top 10 Programming Languages for Desktop Apps in 2022. Every person in today’s digital world knows how technology is continuously changing. Often, we see alternative technologies exceeding each other with regular advancements and updates. And the domain that gets affected by all these changes is Programming Language.

Needless to say, programming languages are the most essential requirement for almost every technology that is taking over the world be it Data Science, App Development or Machine Learning.

To minimize your difficulties, we have a list of the most in-demand programming languages in 2022. So let’s get into it!

Here is a list of the top 10 best programming languages for Desktop Apps in 2022. 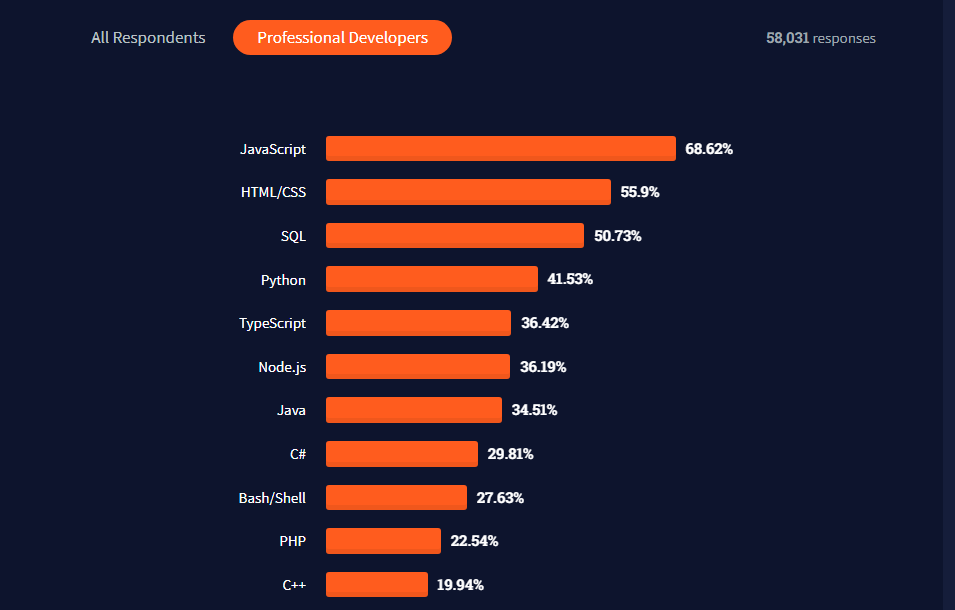 Although the language is primarily popular for adding responsive elements in the web pages, it has a wide range of applications in game development, web app development, desktop app development and many more. Besides, Javascript is also being used as both front end and back end development language. Some of the brands using JavaScript include Google, Uber, Microsoft, Facebook, etc.

As we know both HTML (Hypertext Markup Language) and CSS (Cascading Style Sheets) are core technologies used for developing web pages. And it’s unsurprising to see them making it to the list of top programming languages. While HTML provides the structure of the page, CSS adds visual and aural layouts for different devices.

HTML can embed programs written in JS that affect the behavior of web page content and CSS that defines the look and layout of the content. On the other hand, CSS improves content accessibility, provides more control and flexibility in the specification of presentation characteristics, enables sharing of multiple web pages formatting to reduce complexity and structural content repetition.

SQL (Structured Query Language) is a standardized programming language used to manage relational databases and perform different operations on them. Put simply, SQL is used to communicate with data in a DBMS. SQL allows you to object, manipulate & manage access rights on database objects, and search, modify, insert, and delete data. SQL is ideal for handling structured data and offers advantages over older read-write APIs like ISAM and VSAM.

Python isn’t only dynamically-types and garbage collection but also supports multiple programming paradigms like object-oriented, structured, and functional programming. Instead of building all the functionalities at the core, Python can be made highly extensible through modules.

TypeScript is yet another most popular programming language among developers that can be used for desktop application development. TypeScript is a strongly typed, strict syntactical superset language of JavaScript where optional static types can be added. It gives developers better tooling at any scale. TypeScript is an ideal language for the development of large-scale web applications. It also offers support for features like modules, classes, and arrow function syntax as defined in the ECMAScript standards. 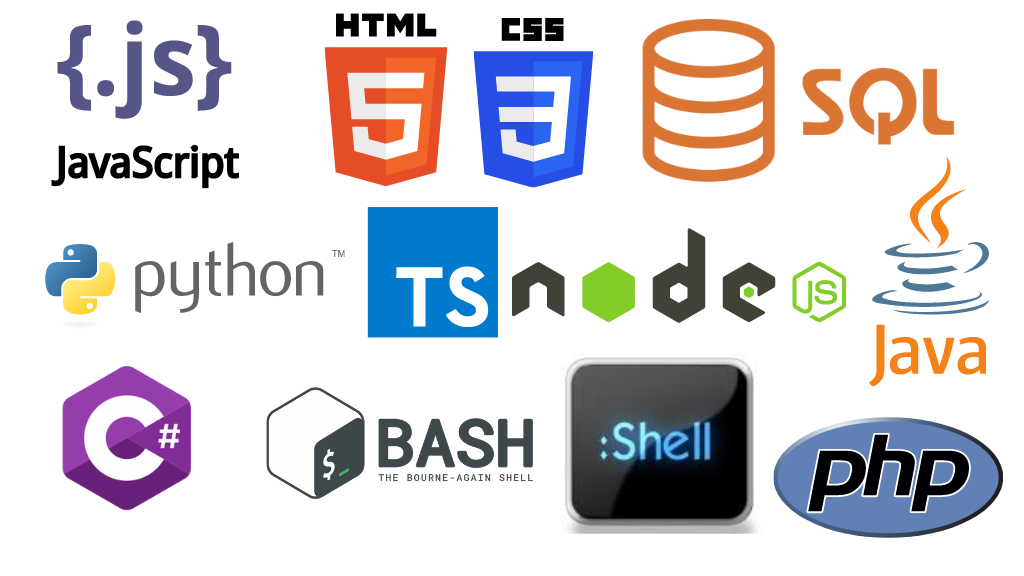 Node.js is an open-source, free, cross-platform, back-end JavaScript runtime environment that runs on a V8 engine and executes JS code outside a browser. The Node.js app runs in a single process without creating new threads for each request. It allows users to write command-line tools for back-end scripting to produce dynamic content for web pages. Node.js comes with an event-driven architecture that is capable of asynchronous input and output which helps in optimizing the scalability and throughput of applications. Some of the brands using Node js include IBM, GoDaddy, Netflix, LinkedIn, Amazon Web Services, Walmart, etc.

Read: Top 10 reasons why you should learn Node.JS

Over the years, sometimes it seems like JAVA is losing its charm but if we look at the stats, it becomes crystal clear that Java always manages to stay under the list of top 10 programming languages. There are around 10 million Java users around the world and the number keeps growing every day.

Java is a high-level, object-oriented, class-based programming language that has as few implementations dependencies as possible and can develop cross-platform applications. It is a general-purpose language that is designed to let developers write code once and run it anywhere. It is widely being used for web and application development as well as in big data. Some of the brands using Java are Amazon, Google, and Youtube.

Bash, also known as Bourne Again Shell is a Unix shell and a command language written for GNU operating system projects as a free replacement for Bourne shell. Bash is a superset of sh. Bash incorporates and improves the feature set of Bourne shell and took inspiration from KornShell and C Shell. Bash has introduced many config files like .bash_profile and .bashrc. The capability offered by Bash for command-line editing has exceeded the capabilities of previous shells.

Bash is a command processor and interpreter that runs in a text window to perform actions. It can also execute commands from a shell script. A Shell Script is a language used to define functions and variables. Bash supports brace expansion, signal handling, command-line completion, and basic debugging.

Hypertext Preprocessor or PHP is a general-purpose, server-scripting language that is ideal for app development. PHP code is processed on a web server by an interpreter that is implemented as a daemon, module or common gateway interface. Instead of including lots of commands to result in HTML, PHP pages contain HTML with embedded code. The major areas where PHP scripts can be used are server-side, command-line and writing desktop applications.

PHP can also be used on different operating systems like Linux, Unix variants, Windows, macOS, etc. It also gives you the option to choose an operating system, web server, and programming styles (either procedural, object-oriented or a blend of both). Some of the companies using PHP are Slack, Spotify, Trivago, Skillshare, and more.

However, if you are a business owner who wants to build a desktop application relevant to your business, you can get in touch with experts to share your idea, get a quote on what would suit best for your requirements and hire developers with years of expertise and experience. Some of the languages that can help you achieve most of your goals are Java, JavaScript, HTML/CSS, Python and C#.

And, as a developer, before deciding the programming languages you want to learn make sure to explore all the above-mentioned options. It will help you in finding the one that interests you the most.

So that was all, we hope the information shared will be useful for you.